Iran hangs 40 people in two weeks amid surge in executions 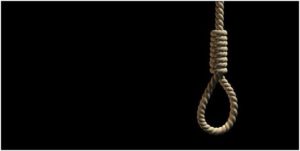 Iranian authorities have executed 40 people, most of them for drugs offences, since the beginning of January.

“The spike in the number of executions carried out so far this month in Iran is alarming. The Iranian authorities’ attempts to change their international image are meaningless if at the same time executions continue to increase”, said Hassiba Hadj Sahraoui, Amnesty International’s Deputy Director for the Middle East and North Africa.

The death penalty is a violation of every human being’s right to life and is a cruel, inhuman and degrading punishment.

“The Iranian authorities must urgently take steps to abolish the death penalty, which has been shown again and again not to have any special deterrent effect on crime,” Hassiba Hadj Sahraoui said.

Since the beginning of 2014, Amnesty International has recorded 21 executions which were officially acknowledged by the Iranian authorities, as well as 19 additional executions reported through reliable sources.

In the week since 9 January 2014 more officially acknowledged executions were carried out in Iran than during the whole month of January 2013.

At least one public execution was carried out on 13 January 2014 in Sirjan, Kerman Province, southern Iran, of an individual convicted of murder.

Public executions in Iran are usually carried out using cranes which lift the condemned person by a noose around the neck in front of a crowd of spectators.

Most of those executed in Iran had been convicted of alleged drug-related offences. Under international standards, non-lethal crimes such as drugs offences do not meet the threshold of “most serious crimes” to which the death penalty must be restricted. There is also no right to a meaningful appeal for drugs offences under Iran’s Anti-Narcotics Law, contrary to its international obligations to ensure that anyone convicted of a criminal offence has the right to appeal the conviction.

“In Iran drug-related offences are tried in Revolutionary Courts which routinely fall far short of international fair trial standards. The reality in Iran is that people are being ruthlessly sentenced to death after unfair trials, and this is unacceptable,” said Hassiba Hadj Sahraoui.

Revolutionary Court trials are frequently held behind closed doors and judges have the discretion to restrict lawyers’ access to the defendant during pre-trial investigations in limited cases.

Amnesty International opposes the death penalty in all cases without exception.